SIGN UP to our Email newsletter for hot deals!

The seemingly endless plains of the Serengeti  host one of the world’s greatest displays of animal migration. Nothing can prepare you for the sheer number of animals which descend upon the area in a pilgrimage in search of food and water. Up to 1.5 million wildebeest and zebra perform this large-scale migration. Not surprisingly, there are large numbers of predators ready to contribute to the circle of life.

Maasai pastoralists also live in the Ngorongoro Conservation Area, tending their herds of cattle, sheep and goats. There is fossil evidence to suggest this area has been occupied by homids for at least 3 million years.

Our Tanzania safari combines four of Tanzania’s prime National Parks and Game Reserves and include:

Spend time in luxurious and private tented camps; the most exclusive way of getting close to the true essence of safari.

See what we see! View our client’s videos here.

View an example itinerary, or contact us for a totally customised experience 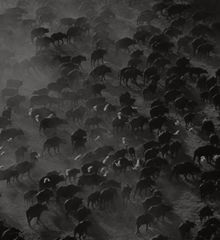 Contact us today for more information on tailored safaris